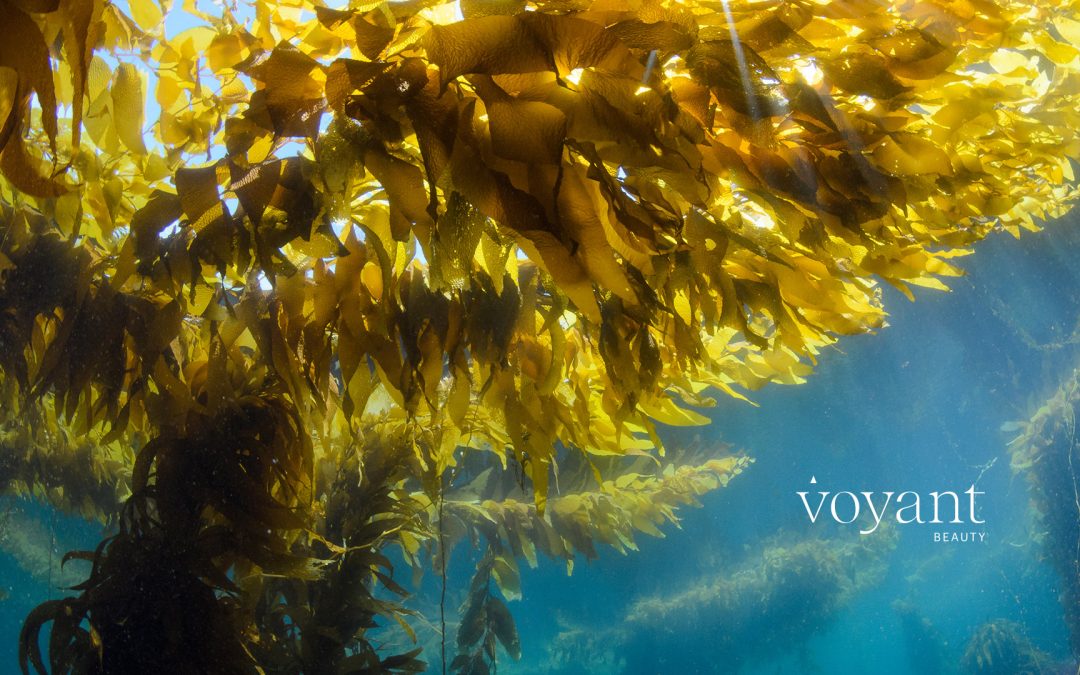 Sea Kelp is a nutrient-dense seaweed that has been touted for its skin and hair benefits. Kelp forests are common among the Pacific Coast. Did you know Kelp is one of the fastest-growing organisms on the earth, grows 2 feet a day, and is a floating party island for sea otters plus a superhero for your skin and climate change – making it a sustainable plant.

Other brown seaweeds and Sea Kelp grow in a harsh marine environment. Constantly exposed to the sun and extremely high and low temperatures, they produce specialized compounds to protect themselves against environmental stresses. These compounds make brown seaweeds a potent bioactive ingredient for skin protection and care. There are so many kelp benefits for skin and for the planet. Here’s why we love kelp:

Kelp and other brown seaweeds are great for your skin!

Kelp and other brown seaweeds are great for the planet!

Our favorite antioxidant-rich algae or kelp is also a friend in the fight against climate change. Emerging research shows that seaweed is a quadruple threat when it comes to solving the carbon problem that has been causing the warming of our planet.
Here’s how: